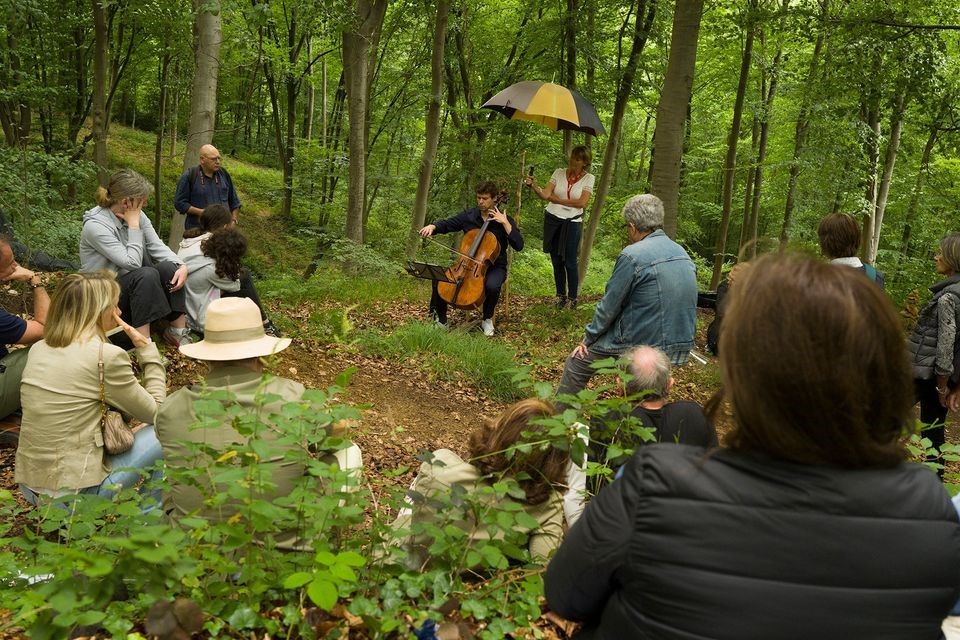 While it began on 19 th June 2020, the 28 th Festival des forêts was almost the only one in France to take place, since most of the other festivals had canceled their 2020 issue. After a thorough reshuffling of the program, 10 concerts, 12 “musical forest bathes” and 2 first auditions were successfully proposed : 100 % of the tickets sold, artists who returned to the stage with great emotion, an ardent audience and an outstanding press coverage : Le Monde, Figaro, les Echos, Elle, France 2, France Inter, Mediapart, Radio-Classique, France Musique and many other medias published articles or reports about the festival.

Hereafter is a sample feature : https://www.lesechos.fr/weekend/spectacles-musique/bains-de-musique-et-de-nature-a-compiegne-1215920

And a video about the first audition of Thierry Escaich’s “Vers les Cimes” during a musical forest bath :